Every four years, Brazilians decorate their streets in green and yellow, celebrating the arrival of the most anticipated sports tournament in the country. With the kick-off for the FIFA World Cup in Brazil less than one month away, the country’s passion for football should be pulsating more than ever. But there are some signs to the contrary. “World Cup for whom?” read the words painted on a wall on a street in Sao Paulo.

Brazil has been preparing furiously for the upcoming World Cup and 2016 Olympics. While these developments are thought to represent the country’s growing economy and rising middle class, such “progress” has come at the expense of Brazil’s poorest citizens. Sue Brownill, Ramin Keivani, and Erick Omena de Melo look at the forced evictions in Vila Autódromo to make way for Olympic venues, in spite of the residents’ legal title to their site, arguing that it is representative of global trends of market and state forces eroding people’s right to the city. 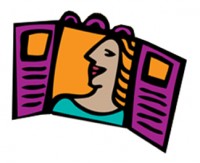 Read the statements of the 32 countries and 6 organizations that addressed the reports’ presentation.

As the 2014 Winter Olympic Games get underway this weekend in Sochi, debates continue to intensify around the responsibilities of host nations, sports governing bodies and corporate sponsors all involved in planning and implementing major sporting events.

For some in Brazil, World Cup means evictions

Published in Monday January 27th, 2014 In In the media

he mega-event that will play out this summer in a dozen Brazilian cities is driving a frenzy of road construction, airport renovations and other projects. The impact is being felt most strongly among the poorest citizens, including residents of Porto Alegre’s largest favela, or slum, who have come to regard the soccer championship as synonymous with evictions, removals and demolition.

Published in Tuesday January 14th, 2014 In In the media

At dusk, just a few days before Christmas, Veronica Maria da Silva, her husband and her brother-in-law were taking the last valuables they could out of their homes in their neighborhood of São Francisco near the city of Camaragibe. Windows and doors can be reused, but only if they’re saved before the demolition crew arrives. So the family pulled them out of the walls, leaving ragged holes behind with piles of loose brick and tile spilled over the floors.

Press statement by the Special Rapporteur on the human right to water and sanitation, Catarina de Albuquerque, at the end of her visit to Brazil, 9-19 December 2013

Published in Friday December 20th, 2013 In News on the Rapporteurs

“In a land with great potential and deep contrast, nobody must be left behind”, says UN expert after mission in Brazil

Published in Friday December 20th, 2013 In News on the Rapporteurs 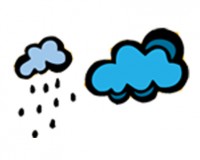 The Rapporteur on the human right to safe drinking water and sanitation today urged the Brazilian authorities to give further priority to the poorest and most marginalized.

On November 29th, the UN special rapporteur, Raquel Rolnik, conducted a working visit to Recife (Brazil). Check the photos and learn more about the visit.

Read the responses sent by governments to the Questionnaire on Security of Tenure. They will inform the Special Rapporteur’s final report to the HRC and other related guidance.