Capa > Further information > About the rapporteurs

The specialists chosen by the UN Human Rights Council

The first Rapporteur to be appointed was MILOON KOTHARI, an Indian national, who served from 2000 to 2008. Kothari is an architect with extensive experience in the area of the right to housing and land, and works actively to promote economic, social and cultural rights. Kothari holds a degree from the Pratt Institute of Columbia University (New York) and from the Maharaja Sayajurao University (Baroda, India), and has worked as a visiting professor at several universities and institutions. 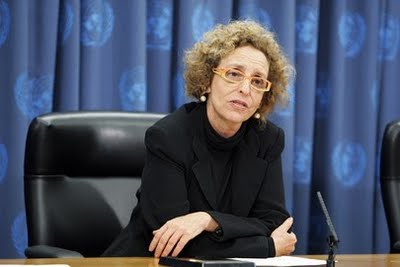 Brazilian architect and urbanist RAQUEL ROLNIK became the Rapporteur in May 2008. She is a professor at the School of Architecture and Urbanism of the University of São Paulo, with over 30 years of experience in urban land planning and management. She has published several books and articles on urban questions, operated in organisations of the civil society, like Pólis Institute, worked in implementation and evaluation of public housing and urbanisation policies and was the Planning Secretary of the city of São Paulo (1989-1992) and national secretary for Urban Programs at the Ministry of Cities (2003-2007).