Here you find audio and video files on the right to housing worldwide. If you or your organisation have articles in these formats that you would like to promote, contact the Rapporteur.

Published in Wednesday April 2nd, 2014 In Audio and video

The UN Special Rapporteur on adequate housing Raquel Rolnik made her final presentation to the UN Human Rights Council, on March 10-11, emphasizing on the security of tenure.

Side event on housing in Latin America

The UN Special Rapporteur Raquel Rolnik participated in the side-event “Poverty, exclusion and right to housing in Latin America” on March 12, 2014. It was promoted by Un Techo para Mi Pais and the permanent missions of Chile and Uruguay. Watch it below.

Watch the Rapporteur’s presentation at the UN Human Rights Council

Published in Tuesday March 11th, 2014 In Audio and video 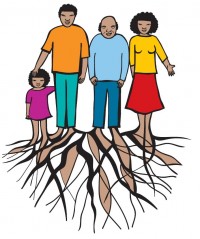 Watch the Rapporteur’s present her thematic report and her mission reports and the interactive dialogue with the member-countries at the HRC.

As the war in Syria enters its fourth year, nearly two and a half million Syrians have fled the country – with almost one million heading to Lebanon. But the burden is growing on both the refugees and those who have taken them in, and now some displaced Syrians are being evicted as aid money fails to make it to landlords. Click here to what the video.

Evict Them in Five Easy Steps

Amnesty International and WITNESS produced this short animation on how governments and corporations forcibly evict people. In every part of the world people are forced out of their homes without warning or consultation, without access to justice and without compensation, and oftenly involving violence.

Evict Them in Five Easy Steps

In every part of the world people are forced out of their homes without warning or consultation, without access to justice and without compensation. These forced evictions often involve violence. They destroy livelihoods and social networks, and drive people deeper into poverty often resulting in many becoming homeless and destitute. This is why Amnesty International and WITNESS, along with the design firm Pentagram, got together to produce this short animation showing how governments and corporations forcibly evict people.

“Taking Over, Taking Back”

The foreclosure crisis hit Chicago hard. It left in its wake 62,000 vacant properties in the city and more than 100,000 people living on the streets. Enter the Chicago-Anti-Eviction Campaign. The organization works to put displaced families into foreclosed homes and rebuild the communities broken down by vacant houses. Influenced by the civil disobedience of the civil rights movement, their tactics don’t always align with the law. Watch the documentary film by Jessica Murphy and Elissa Nadworny.

A United Nations official has refused to back down over criticism of the so-called “bedroom tax” after calls from Tory chairman Grant Shapps for her to apologise.

UN official Raquel Rolnik puts up a feisty defence against Conservative condemnation and accusations from MP Nadhim Zahawi that she is being used as a “political football”.

A United Nations investigator looked at Britain’s benefit system, specifically the “Bedroom Tax” she pronounced herself shocked by it. The law requires anyone in social using to pay a fee – from their welfare payments – if they have a spare room.